It is taken for granted that babies of all genders need to be treated with parents’ care and love. While a baby boy is cute for his activeness, a baby girl looks attractive for her loveliness, in general. Nevertheless, the vast majority of expectant parents are fond of making a baby boy rather than a girl. If it is your case, it is delighted to inform you that the purposefully baby-making sex can be adjusted as your expectation by following the antique wisdom of Chinese Birth Chart.

When it comes to Gender selection, there exist numerous debates and controversies around its humanity as well as mortality. Regardless of such the controversial topics, there is nothing wrong to fulfill your life desire by the healthy method of timing your intercourse in order to predetermine the sex of the unborn child.

How Does Chinese Birth Chart Work On Gender Selection?

Overall, there are 2 major elements incorporated into the ancient Chart: mother’s lunar-year age at the time of getting conception, and the month when the baby was conceived. For the benefit of increasing the chances of conceiving a baby boy, keep your eyes on the two components before the intentional intercourse!

Being used as the competent tool for predetermining baby’s gender before conception, Chinese Birth Chart has the Mother’s age listed vertically and the Month of Conception listed horizontally. Nevertheless, notice that the Chart’s layout may vary due to different designers and cultures! Since there is no fixed or universal design, be flexible when putting the tool to use!

In order to choose the baby’s gender before getting pregnant, the expectant mothers are asked to follow two simple steps. The first step is to specify their present Chinese Age on the Chart. The second step is to locate the Boy indicated box within B or M letter. Besides, some other versions also use color to reflect the gender: Blue is for Boy, remember!

Now, simply follow the column or the row to find the corresponding months that are the best time to conceive a son. The months of conception are very crucial; hence, try not to make any mistake while taking note or mark the boxes. Move up and down with consciousness to locate the exact time that is most suitable for you two.

As an illustration, a 28-year-old woman will have much more opportunities to have a boy child when she conceives during the months of January, February, March, June, August, and November. Within a year, she gets up to 6 opportunities to achieve the desired goals. The positive results are rarely obtained only by chances. Therefore, both husband and wife are required to put their efforts and enthusiasm into the purposeful intercourse.

What’s more, a 25-year-old woman is likely to conceive a baby boy if she and her husband make the act of love during the time of February, April, June, August, October, November, and December. Of course, women at the same age will have the same appropriate time to give birth to a son as expected. It is the basic theory of the antique Chart.

For most cases, timing intercourse correctly and reasonably is the most significant factor. If the 28-year-old mother has sex on April or May, she is not likely to conceive a boy following the Chinese Gender Chart. Whether you believe in the Chart totally or not, it is said to be accurate up to 99%. Anyway, the tool embraces the healthy advice and practice. There is no harmfulness to follow the Chart to release your stress as well as adding pleasure to your martial zone.

For further relevant issues concerning the article “How To Make A Baby Boy Within Chinese Birth Chart”, don’t be reluctant to get your inquiries filled here.

How To Make Baby Boy Twins Via Chinese Birth Chart

Providing hundreds of interesting pleasure and benefits, twins can double your happiness with the stronger bond and parental attention. For all reasons, having twin pregnancy is the extreme experience that not every woman can gain. Thus, if you are on the quest for making baby boy twins, Chinese Birth Chart is the effective recommendation to […]

When Is The Best Time To Conceive A Baby Boy? 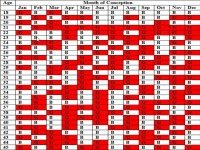 Marriage without children sounds quite unnatural and less burning, right? If you are on the quest for a baby boy, come to take advantage of the ancient Chinese Gender Calculator for planning and adjusting! Generally speaking, almost all parents love to have the baby boy first. Then, the later birth should be a baby girl. […] 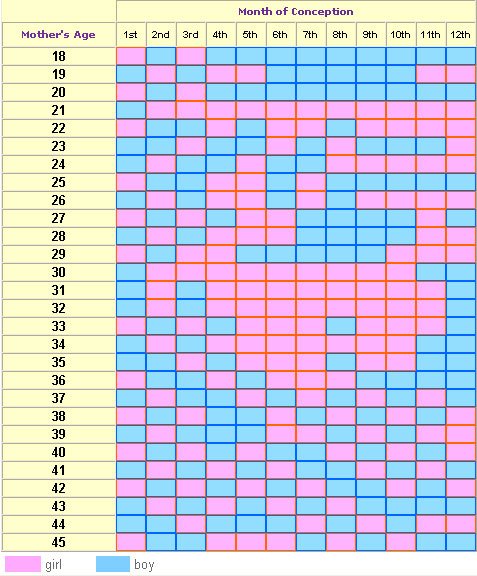